How to avoid misgendering someone 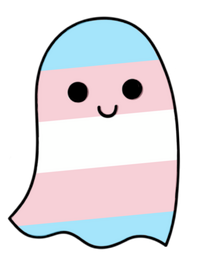 What is this carrd?

This carrd is an explanation of what misgendering is. Lots of people don’t take this kind of thing seriously and that’s a problem because it really hurts when it happens. As a trans man i know just how much this kind of thing can hurt someone so i decided to make this. It should also be noted that since nonbinary people are included in the trans umbrella I am also referring to them when I say trans people.

A lot of things really. The simplest explanation is being referred to with the wrong pronouns. For example I use he/xe pronouns if someone were to use anything other then those pronouns it would be misgendering.
Even if it was they/them pronouns.
It doesn’t matter wether it is an accident or not. Misgendering is when you are aware of someone’s pronouns, if you didn’t know i used he/xe pronouns and you used they/them pronouns that wouldn’t be misgendering. The most important thing to remember about it is
that the person you misgendered feelings matter more then yours.

What counts as misgendering

A very common misconception is that misgendering stops at pronouns but it doesn’t at all. One of the most common forms of misgendering is gendered terms. Someone may or may not be ok with gendered terms for example I am only ok with male gendered terms. The biggest problem with this is many cis people insist that these terms aren’t gendered when they quite clearly are. For example sis and bro literally mean sister and brother yet people will go to hell and back trying to prove that they aren’t gendered and that anyone bothered by them are just “sensitive”.

Another very common form of misgendering does have something to do with pronouns. If someone uses multiple pronouns using only the “easiest” ones is misgendering. Lets say someone has BUN/AER/XE/THEY/she in their bio and you only use she because it’s the “easiest to use” even though it’s quite clear that they prefer literally any of the other pronouns over it you are misgendering them. It really doesn’t take much to get used to using multiple pronouns for someone. If a bunch of teenagers on twitter can do it with ease then you can too.

Why does it matter??

Like i said it hurts a lot when you’re misgendered. It’s an extremely common form of transphobia. It’s the easiest way to tell someone that they are their agab (assigned gender at birth) when they never will be and never have been. Sure, to you it may seem like people are just being sensitive but it doesn’t just make you feel weird it can cause dysphoria episodes or times when a trans person may feel extremely invalid and like their agab.

How to avoid misgendering someone

Communication. The best way to avoid misgendering someone is to communicate with them. You don’t know how to use there pronouns?? Ask. You’re not sure if they’re out to everyone?? Ask. You don’t know if they are still comfy with certain pronouns?? Ask. Please please please just ask. I promise you there is a 99% chance that they would rather answer a million questions then be misgendered.

Who can be misgendered??

Short answer?? Trans people only. Being misgendered is a trans only experience. Why?? Like i said before it doesn’t just make you feel weird at the very least it makes you very upset and uncomfortable and it causes dysphoric episodes very often. A cis person simply would not experience that. If someone is cis and is referred to with the wrong pronouns that is only misidentification. Misgendering specifically refers to being uncomfortable for a while after.

Though it may not seem like it the best way to apologize is just a quick “sorry it won’t happen again” or “right sorry, continue convo with correct pronouns” or something short like that. Why?? As mentioned many times before it really hurts when you’re misgendered and it’s something most people would rather not think about for long. “oh my god i’m so sorry i hate myself please kick me its what i deserve expose me for the horrible person i am,” is not a good apology. It is very guiltrippy and encourages the person you misgendered to apologize to you for making you feel so bad. It’s not about how you feel in that moment it’s about them wallow in self pity after the fact if you must, they’re hurting more then you are. At the same time going to hell and back to prove that you didn’t misgender someone is also not good at all. “i feel like i did nothing wrong!!” again it’s not about how you feel when you misgender someone. Please just say a quick “sorry” and then correct yourself so that both of you can move on.

I’m gonna go through some of the worst excuses and give you some reasons as to why you sound like a stuck up brat when you use them.

“I don’t know how to use your other pronouns!!” Figure it out or maybe idk ask.

“It’s really hard for me to accept the new you and get used to your new pronouns :((” Cope.

“I call everyone bro!!” Everyone you talk to is cis. Bro literally means brother.

insert a list of a thousand reasons why they’re a really great ally and how they didn’t misgender you according to their “cis ally” friends I’ve got news for you!! You are not as amazing of an ally as you think you are.

“I just don’t know if i can make the switch to me you’re still a woman.” Never talk to that person ever again.

I hope this helped in some way!! Please remember that when you’ve misgendered someone their reaction to it has nothing to do with how they feel about you. It hurts a lot when it happens and you can’t blame them for being upset. Please if you’re confused about someone’s pronouns or what terms they are ok with ask them. I promise you us trans people don’t bite. 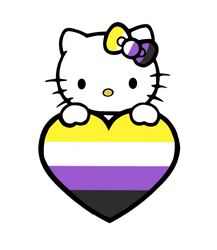